MYOB Advanced 2021.2 is the next major release that adds a wide range of new features across the entire MYOB Advanced system. This page provides an overview of the major new features in this release – for full information on all of the changes, see the 2021.2 Release Notes here. 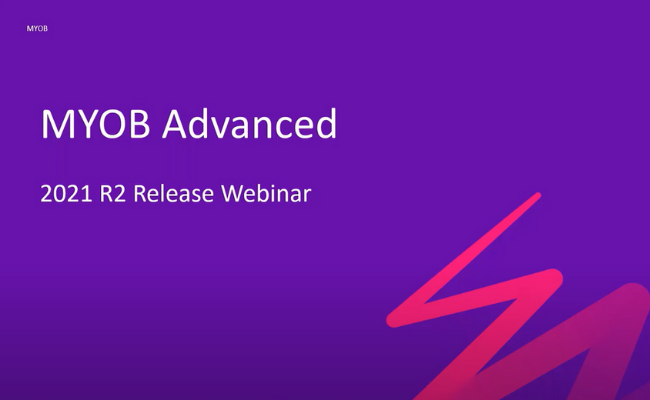 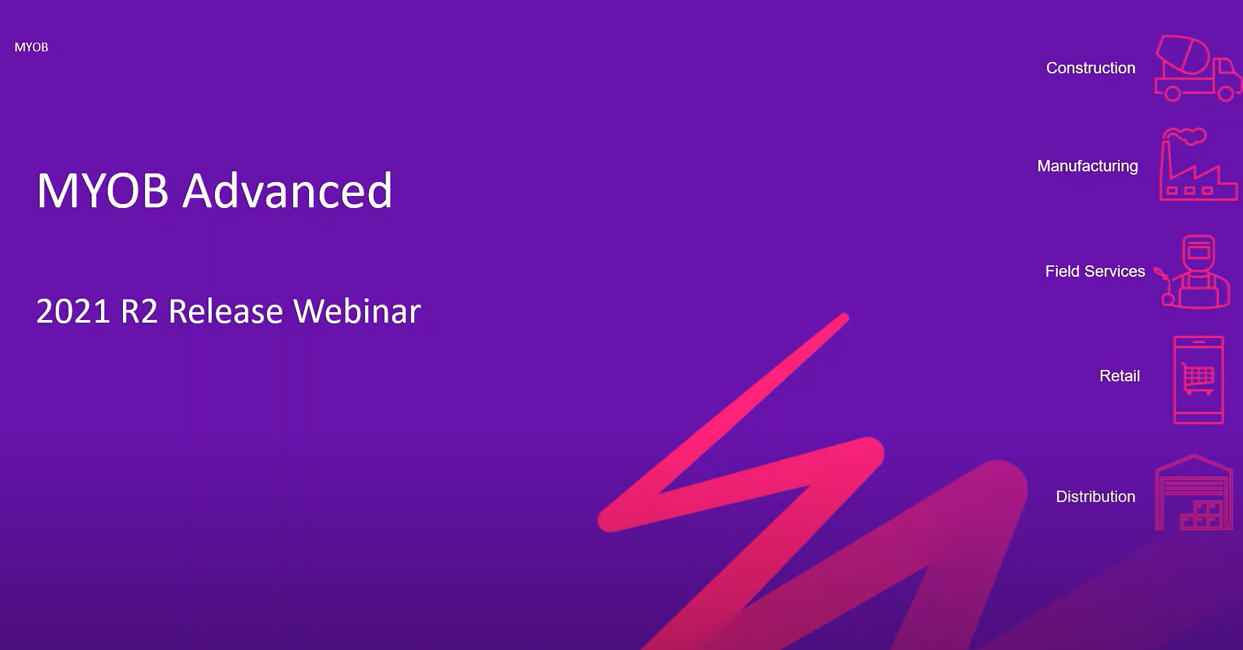 See MYOB demonstrate new product features in 2021.2 to power your business across the MYOB Advanced platform.

Since MYOB Advanced 2021.2, a user can track the profitability and costs of items (stock items, non-stock items, services, and labour) at the service order level—that is, of the items included in a service order.

Starting in MYOB Advanced 2021.2, two new service contract billing types are available in the system. With either of those new billing types, a billing document is generated for a service contract at the beginning of each contract period and contains the fixed price that has been agreed upon. If any additional services or inventory items have been used on the appointment during the contract period, then depending on the specified billing type, they will not be billed or will be billed separately.

In MYOB Advanced 2021.2, the printing of consolidated customer statements has been reworked to support the changes introduced by the Multiple Base Currencies feature.

Support of Multiple Base Currencies

In previous versions of MYOB Advanced, all companies within one tenant had the same base currency. If system administrators wanted to implement a related company that has a base currency that is different from the base currency of the parent company, they had to implement the related company in a separate tenant. As a result, because implementation spanned multiple tenants, it was difficult to maintain a shared list of items, there was no single place to manage approvals, and it was impossible to have joint projects that involved the employees of multiple companies.

In MYOB Advanced 2021.2, in one tenant, users can implement multiple companies with different base currencies.

Review of the Labour Efficiency in Production

A new report, Production Order Labour Efficiency (AM653000), has been added to MYOB Advanced Manufacturing Edition 2021.2. By using the report, production managers can analyze the labour efficiency of the employees involved in production. By default, the corresponding report form (shown in the following screenshot) can be accessed from the Reports category of the Production Management workspace. On the report form, a user can specify the needed parameters and then run the report.

In previous versions of MYOB Advanced Manufacturing Edition, for a lot- or serial-tracked item being manufactured, a production manager was able to assign the lot or serial number to the item only when the item was moved to stock from a work centre. This was inconvenient for organisations that need to prepare labels and other paperwork prior to moving produced items to stock based on their production processes, as well as for organisations that need to trace the specific subassemblies and materials that make up the final product.

MYOB Advanced Manufacturing Edition Version 2021.2 introduces a new visual tool designed to benefit organisations that use advanced planning and scheduling in the system and process many production orders with complex routing. This visual tool provides the ability to visualise whether and where existing production orders can be rescheduled to accommodate order escalations or emergencies on the shop floor.

Customer Refunds in Sales Orders and SO Invoices

In MYOB Advanced 2021.2, the ability to create customer refunds directly on the Sales Orders (SO301000) and Invoices (SO303000) forms has been implemented. Also, a user can now add or link existing customer refunds to sales orders with the RMA Order and Credit Memo automation behaviour and to credit memos.

In MYOB Advanced 2021.2, to give the users the ability to create purchase orders for goods and materials that should be delivered directly to the project site, the Project Drop-Ship type has been added to the Purchase Orders (PO301000) form.

In MYOB Advanced 2021.2, the new Related Items feature has been added to facilitate cross-sales, up-sales, and item substitutions for stock and non-stock items, which can increase sales while improving the customer experience.

In previous MYOB Advanced versions, to receive stock items that had been purchased for a project to a warehouse and issue the items from the warehouse, users had to configure a warehouse location for each project task. In MYOB Advanced 2021.2, with the new Project-Specific Inventory feature enabled on the Enable/Disable Features (CS100000) form, users can set up the tracking of the quantity and cost of inventory items for projects without any additional configuration of each warehouse.

In previous versions of MYOB Advanced, there was no ability to quickly correct the lines of an accounts payable bill after bill release if an incorrect account or subaccount had been specified in these lines. Also, there was no ability to correct actual amounts for a project (that is, move a bill from a project budget line with a particular project, project task, and cost code to another project budget line) after the bill has been released.

Starting in MYOB Advanced 2021.2, a user can reclassify an accounts payable bill—that is, change the account, subaccount, project, project task, or cost code in the lines of the bill. Also, a user can now link a commitment related line of a bill to another commitment line to reclassify it in the project budget.