Like many family-owned and operated businesses, Vickery Holdings comes from a humble beginning – the family dining room table, to be exact. After several years of doing the hard yards, the steel reinforcing business had outgrown the home office, so founders Kel and Kay Vickery set up shop in a new office and purchased their first factory in Toowoomba, Queensland.

Over two decades later, the business has seen exponential growth. Unlike many other industries, the global pandemic has only accelerated that trajectory, and without the reporting, inventory management and payroll capabilities of MYOB Advanced, Vickery Holdings wouldn’t be where it is today.

The story of Vickery Holdings

For more than 20 years, Vickery Holdings has been supplying the building and construction industry with top-quality concrete reinforcing products. All steel processing and fabrication are done from the Toowoomba factory, and the business keeps delivery times tight. Two years ago, they expanded operations, opening a second branch in Yatala. Across the two sites, the business employs a team of 20 including qualified estimators, and they have eight delivery vehicles that service Toowoomba and regional Queensland daily.

When Nathan and his brother Mathieu took over Vickery Holdings, their first job was to upgrade their systems.

“You can’t grow if you don’t have certain systems in place,” Nathan says. Luckily, they did. In the last year-and-a-half, the business has experienced “astronomical growth” – with construction one of the few industries that could stay open in Australia during the global pandemic.

Nathan runs the Toowoomba site, and in the last two years, has employed an additional four staff, which is a 30% increase for that team.

Even without COVID, Vickery Holdings was facing the operational challenges of rapid growth, Nathan says. And like most well-established businesses, they’d spent two decades honing their craft and building a loyal customer base. To take the next step, they needed to bring their systems in line too.

“MYOB Advanced was by far the easiest decision – it’s cost-effective, the features it offered as well as being browser-based,” Nathan says.

Upgrade needed: from AccountRight to Advanced

Before Nathan and his brother joined Vickery Holdings, the company was using MYOB AccountRight. The system served them well, but as the business scaled over the years, additional functionality was required.

After setting up the second branch in Yatala, the company needed a system that could manage inventory across multiple worksites. It also needed advanced reporting capabilities and automated job-costing – jobs the team had been doing manually in Excel spreadsheets.

“We have a very complex pricing structure – it’s a general industry thing. By doing that process manually, my brother and I were having to check pricing on pretty much every invoice before it went out,” Nathan explains.

MYOB Advanced “perfect for what we wanted”

When any organisation looks for a new system, there’s always a checklist – some are non-negotiables, others just nice-to-haves. Nathan already expected a time and cost investment to move systems, but what sold the business on MYOB Advanced (apart from the fact it had all the right functionality) was its reporting dashboards, “because they’re something I use every day,” he says.

Then there was the long-term cost-effectiveness – Nathan can add more companies to MYOB Advanced and do inter-entity transactions and reporting.

“I haven’t spoken to anyone that MYOB Advanced wouldn’t work for, purely because of the scalability of it. You can grow as big as you want and there’s no handbrake forcing you to change systems again,” he adds.

Nathan worked closely with Momentum Software Solutions to implement the Advanced platform. Nicola Butler, MYOB Advanced Consultant at Momentum notes, “Vickery Holdings were amazing to work with. Nathan had a good idea of what he wanted through his own research but also took advantage of our seminars and website. The implementation was quick and transitioned smoothly with Financials, Payroll and Inventory. As they continue to grow, we are looking forward to being on the journey with them”. 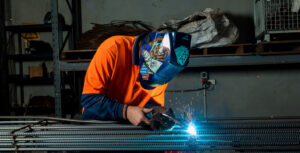 Post-implementation, Nathan says the business immediately reaped the benefits of a comprehensive inventory management solution. They now have real-time visibility of stock on hand and can create purchase-order receipts effectively. From a workflow perspective, it means Nathan’s sales team instantly knows what’s on the floor – without having to go out and count stock.

“When a customer calls in asking if we have a particular product in stock, we can give them an answer in 30 seconds – not half an hour while one of the boys goes out and checks.”

With MYOB AccountRight, Vickery Holdings was restricted by the number of prices they could set, and the level of detail included. With MYOB Advanced, the team can create multiple price books for different suppliers, customers and projects – significantly reducing any double handling or errors.

“We have a system that we can trust is right, and our staff can do the right thing and sell our products at the right pricing – that’s something we didn’t have before,” Nathan says.

As the business has grown, so have its reporting requirements. Previously, Nathan managed a lot of the reporting in Excel spreadsheets, which took time and often wasn’t detailed enough.

For example, Vickery Holdings manufactures to order and has about 75 jobs that can take days or weeks – which they had no way of tracking.

With MYOB Advanced, the team can produce high-level reports across both worksites using real-time data – including cash flow, sales, and overdue accounts – which means they don’t have to wait until the end of the month to see how they’re tracking.

“Now that we have the data, we can bring in integrations that will allow us to forecast off previous sales, which is going to save us even more time.”

Through business control dashboards, Nathan can access close to 20 different reports, all of which he uses either daily or monthly to make better-informed business decisions.

“Without those, we wouldn’t know what to do next month. Now that we can, I’m not waiting until the end of the month for a profit and loss – that data is updated daily in real-time, and it’s spot on.”

While some of these changes may seem subtle, it’s their combined power that has propelled Vickery Holdings forward. The flow-on effect of a connected system including MYOB Advanced Payroll, means more staff, more capacity, more products, more sales, Nathan says.

“I think we’ve done approximately a third more sales at Toowoomba – again, that might be part COVID, but having a system we can trust also means I spend less time overseeing.”

He’s also recently acquired a new piece of machinery from Austria, which he says he wouldn’t have known they needed had they not been tracking business performance using MYOB Advanced. And when the global pandemic hit, Vickery Holdings didn’t need to batten down the hatches – they were well set up to weather the storm.

“We couldn’t have done it without Advanced. We were time-poor as it was, and had we not had the system, it’s likely we would have made a few mistakes.”

With an accurate inventory stocktake, set price books and real-time reporting, Nathan says the business now has a model he’s confident in replicating – and that’s exactly what they plan to do.

“We can virtually take what we do in Toowoomba and Yatala, pick somewhere else to go, literally log into a browser – and we’re ready to go,” Nathan finishes. 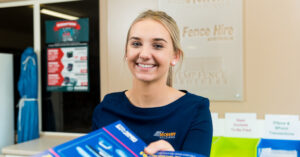 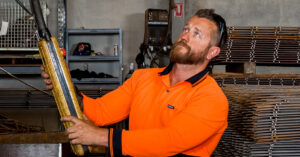